Objectives of the Uttrakhand Fire Service and Emergency service Department

The motto of Uttarakhand Fire and Emergency service Fire Services asserts “ WE SERVE TO SAVE.” A translated idea of original motto in Sanskrit that is “ TRANAY SEVA MAHE.” Based on this motto there are three priority wise objective concepts.

This is the most essential part of Fire Service, which requires personnel to be well trained. In case of fire the SMOKE evolving from fire that is the main culprit for taking toll of life contrary to the fire itself. It is the SMOKE that kills first by asphyxiating.
Fire Service personnel are rigorously trained to withstand HOT and HUMID conditions filled with SMOKE with the help of breathing equipments and to search for casualties by following proper SEARCH PROCEDURES. Modern technology has given products like PVC, FOAM textiles and furnishings that evolve noxious smoke, which have toxic effect. They are a boon for human comforts but if catch fire they prove as instant killers. Apart from Fire Service there are disasters, cloud brust, earthquackbuilding collapse, drowning rescues etc that require immediate life saving.

Fire Service has to keep abreast of latest technological developments in fire-fighting so as to curb and check this damage. There are different wings and training programs teaching practical fireman-ship for mitigating fire loss.
Uttarakhand Fire and Emergency service takes care to extinguish fire at its seat such that property does not get spoiled or damaged because of water used by the Fire Service for fire fighting.

Humanitarian services and salvage services. Services like Ambulance service; offering First Aid helping humans in distress to safety are provided by Uttarakhand Fire and Emergency service. At the fire scene a wing is busy in preserving property from fire, smoke and water due to firefighting. 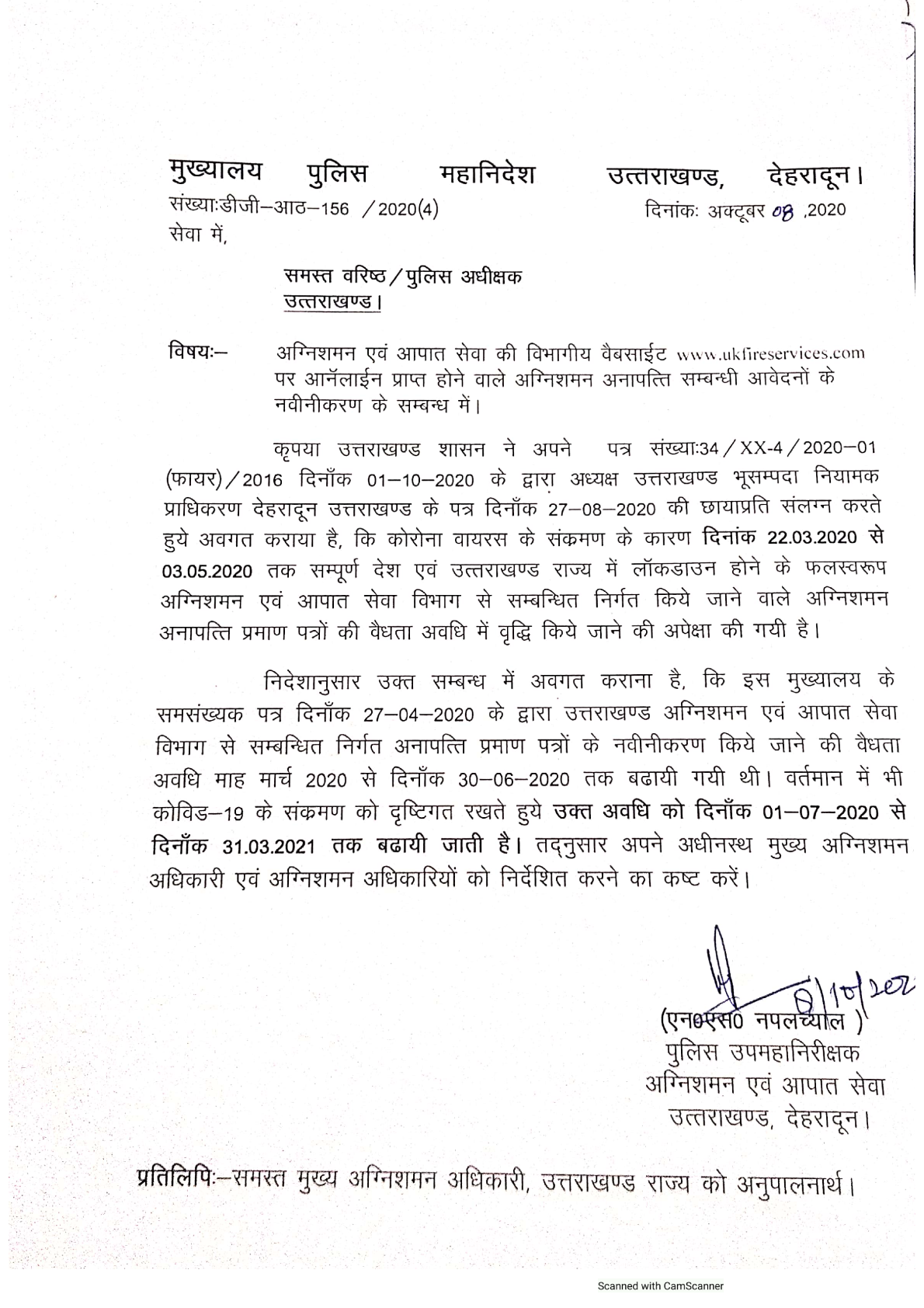